Identifying Bugs and Their Bites

Many bugs give us reason for pause, including poisonous spiders, chiggers, bees and lice. But few get under our skin – quite literally – like the tick. If you enjoy the outdoors, be careful of ticks — they can attach as you brush past grass and plants. Ticks don't always carry diseases, and most bites are not serious. But they can carry diseases including Lyme disease and Rocky Mountain spotted fever.

Black-legged, or deer ticks, can transmit Lyme disease to humans

Once a tick latches onto skin, it often moves to the warm, moist armpits and groin — feeding on blood and passing on any disease it carries. A tick bite can also trigger an allergic reaction. If you have a tick, it is important to remove it properly. To prevent tick bites, keep your arms, legs, and head covered when outdoors. Use tick repellant with DEET. Check for ticks after spending time in grassy or wooded areas.

Ticks latch onto skin where they feed on blood

In the U.S., the Western black–legged tick and the deer tick can carry Lyme disease bacteria. Infected ticks usually don't spread the disease until they've been attached for at least 36 hours. The first sign of infection is usually a circular skin rash. Early symptoms may also include fever, headache, and fatigue. Untreated Lyme disease may spread to other parts of the body, including the muscles, joints, heart, and nervous system. Most cases of Lyme disease can be treated successfully with antibiotics.

Wood piles and tree stumps — that's where poisonous female black widows hide. She is long–legged and glossy black, with a distinctive orange, red, or yellow "hourglass" shape on her underside. Most spiders are 2 inches wide, but some are smaller.

Female black widows have a bright-colored "hourglass" on their underside

Black widow spider bites may cause sharp, shooting pain up the limb, but they can also be painless. Look for one or two red fang marks, redness, tenderness, and a nodule at the bite site. Severe muscle cramps, nausea, vomiting, seizure, and a rise in blood pressure may follow soon after. Get medical care immediately. Anti–venom medicine is available. If possible, bring the spider with you for positive identification.


Brown Recluse Spiders Can Be Deadly

Hiding in attics and closets — in Midwestern and South central states — that's where you'll find brown recluse spiders. The spiders range in color from yellowish–tan to dark brown, with darker legs. Their venom is extremely poisonous, and their bite can cause serious wounds and infection. Yet you may not feel their bite.

Brown recluses have a "violin" pattern in the upper body, where legs attach

When the brown recluse bites, it is often painless — then skin reddens, turns white, develops a red "bull's–eye," blisters, and becomes painful. These bites can be deadly in rare cases. Get medical care immediately. If you can, bring the spider with you for positive identification.

In hair — that's where you'll find lice. They like to hide in the neck area of the scalp and behind the ears. If you have lice, you likely got it from sharing a hat, brush, or other item with a person who has lice. Lice are itchy, but scratching can lead to infection. In severe cases, hair may fall out.

Head lice are grayish-white, and no bigger than sesame seeds

To kill lice and their eggs (called nits), use lotions, creams, or shampoos from the drug store or prescribed by your doctor. Wash clothing, bedding, and brushes to prevent the spread of lice. Check all household members, and treat everyone who has nits or lice.

Scalp with skin infection from scratching; lice eggs are "glued" to the hair


Fleas: Not for Pets Only

Fleas are small, wingless, agile insects that live off the blood of their host – and they don't just bite pets. They dine on people, too.

A close look at a flea

Some people are very sensitive to flea bites — but scratching can cause a wound or infection. The best solution is to get rid of fleas on pets and in your home. Keep pets out of your bed and be sure to vacuum rugs daily. Spray insecticides on infested areas. Consider using a once–a–month insecticide on your pet.

When a bee stings, it loses the stinger and dies. But a wasp, hornet, or yellow jacket can inflict multiple stings because it does not lose the stinger. These stings can cause serious reactions in people who are allergic to them.

Fire ants look much like ordinary ants — and are found in most of the Southeastern states. They produce large mounds in open areas and are aggressive when disturbed. During an attack, the fire ant latches onto the skin with its jaw, then stings from its abdomen. It may inject venom many times.

A close look at a red fire ant

Painful stings from the fire ant quickly fill with pus

Contrary to popular belief, chiggers are not insects; they are arachnids. Specifically, chiggers are the juvenile (or larval) form of a family of mites called Trombiculidae. They only dine on humans in their juvenile form, they later becoming vegetarians as adults. Their bites are painless, but lesions are very itchy. Itching usually peaks a day or two after the bite occurs.

Chiggers are less than 1/150th of an inch in diameter

After a few days of being attached to the skin, chiggers fall off — leaving itchy red welts. Over–the–counter products can help relieve itching. See your doctor if the skin appears infected or the welts appear to be spreading.

When scabies mites get into the skin, they can cause a big skin problem. The mites spread through skin–to–skin contact with an infected person — or by sharing towels, bed linens, and other objects.

Scabies are tiny mites that burrow into your skin

Intense itching and skin sores don't appear until several weeks after mites get into skin. The itching is very severe and usually worse at night. The rash typically is seen on the sides and webs of the fingers, the wrist, elbows, genitals, and buttock. You'll need prescription lotion or pills to get rid of scabies. Wash all clothes, towels, and bedding in hot water.

Weeks may pass before itching and skin sores develop

Their name tells the tale, as these tiny insects tend to hide in bedding. They are often found in hotels, shelters, and apartment complexes — and can hitch a ride into your home aboard luggage, pets, and boxes.

Bedbugs leave itchy, red bites on the skin, usually on the arms or shoulders. More of a nuisance than a health hazard, it is possible to develop an infection from scratching. If you have an allergic skin reaction, use creams with corticosteroids and take oral antihistamines — and see your doctor.

The most poisonous caterpillar in the U.S., puss caterpillars can be found in Southern states where they feed on shade trees like elm, oak, and sycamore. The poison is hidden in hollow spines among the hairs.

The puss caterpillar is close to 1 inch long

When a puss caterpillar stings, you may get waves of intense pain, rash, fever, vomiting, and muscle cramps. Remove the broken–off spines by using cellophane tape or a commercial facial peel — and call your doctor.

Not all scorpions are poisonous, but those that are can be deadly. Scorpions are found mostly in the Southwest and Western states. Symptoms of a sting include pain, swelling, itching, vomiting, increased sweating, and vision problems. Get medical care immediately.

Mosquitoes aren't just annoying. Scratching a bite can cause a skin infection. Also, mosquitoes can carry West Nile virus, dengue fever, and other diseases. To protect yourself from mosquitoes, apply insect repellent and cover up when you go outdoors. Use window screens, and get rid of standing water in your yard.

A housefly is a dirty insect — carrying more than 1 million bacteria on its body. It can spread intestinal infections by contaminating food. To control flies, keep food and garbage in closed containers and use window screens on your home.

Houseflies don't bite, but they can carry harmful bacteria

They're not just ugly. Cockroaches carry diseases like salmonella. When they die, the carcasses trigger allergic reactions and asthma. If you live in a warm climate, getting rid of cockroaches can be difficult. It helps to use pesticides, keep a clean kitchen, and repair cracks and holes in floors and walls. 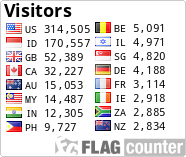